The growth of smart phones has slowed down, and the demand for end products such as computers and tablets has declined. While semiconductor manufacturers are consolidating their businesses, they have begun to cultivate other fields, such as virtual reality, data centers and the Internet of Things. Recently, as the concepts of smart vehicles, car networking and autonomous vehicles continue to ferment, car electronics has become a popular fried chicken. This trend can be seen by the vehicles on display at CES2015 and 2016. Under this circumstance, Advanced Driver Assistance Systems (ADAS) has become a major development direction for IC designers in the automotive field. 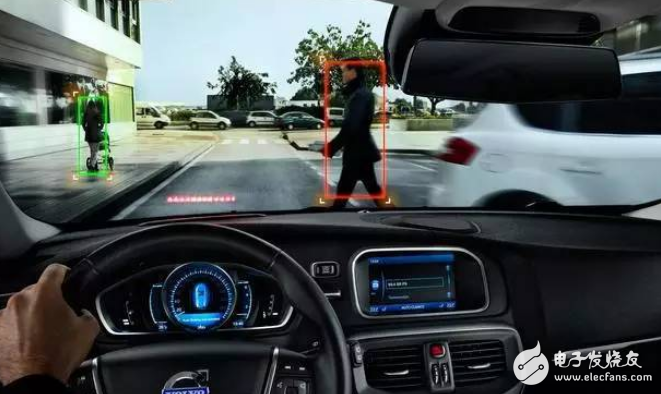 As the concept of smart vehicles has gradually taken shape, the proportion of vehicle electronics to the cost of complete vehicles has also increased. According to statistics, the electronic related components used in each vehicle have jumped from 20 to 25% in 2000 to 30 to 35% in 2010, and this trend will continue. As a result, the demand for automotive semiconductors has also increased year by year. The market size has increased from US$6.15 billion in 2010 to US$8.4 billion in 2015, with a compound growth rate of approximately 6.4%.

If the vehicle electronics field is distinguished by different functions such as safety, entertainment and networking, it can be roughly divided into car body electronic system, advanced driver assistance system (ADAS), telematics communication system (TelemaTIcs) and in-vehicle infotainment system (In -VehicleInfotainment, IVI) and other parts. Among them, the ADAS system, which has received increasing attention, plays a key role in the growth of demand for automotive semiconductors. Take Taiwan as an example. Among the best-selling cars in Taiwan, there are NissanTIida1.6/1.6T, FordFocus1.6/2.0/2.0D and LuxgenU6Turbo.

The ADAS system is diversified, and the following six types are more important: adaptive cruise control, lane offset warning, vehicle side blind spot detection, front collision warning, night vision and parking assist system. When each type of subsystem in ADAS is in operation, it does not deviate from the collection, processing and judgment of information, and after the judgment is completed, the system gives the vehicle body command to make the car perform various actions (such as warning or control).

In such a process, sensors such as radars and cameras, as well as processors such as MCUs or image processing ICs, have become the most important components. Overall, the ADAS subsystem can use more than one sensing method. Taking the parking assist system as an example, when the driver performs the "parking" action, the rear side image displayed on the screen of the car and the radar warning sound when the vehicle body is too close to the obstacle are the simultaneous use of the image. And the results of radar sensing.

Since the image and the radar have different detection functions, in order to further improve the operation of the system, the driver assistance mode of the image matching radar is more used in the middle and high-end vehicles. For example, the above-mentioned parking assist system is an example, and in addition, the self-fitness Cruise control, forward collision warning and vehicle side blind spot detection system are also listed here.

It is worth mentioning that not all subsystems of ADAS have independent sensors. Sometimes different systems can share the same camera. For example, the rear lens that is placed in the center of the car can capture the front lens of the image in front of the car body. In the front collision warning and lane offset warning system, the back end processor can perform the calculation separately.

Therefore, for component manufacturers, efforts to develop other derivative driver assistance functions of the sales system have become one of the general development strategies. Take the manufacturer of the pre-sale lens system as an example. In addition to the pedestrian detection function other than the front collision warning and lane offset warning system, different functions can be enabled for the same hardware with different algorithms according to customer requirements, and the product line can be enriched. And the effect of improving the security level.

Vehicle radars include ultrasonic radar, millimeter wave radar and light wave radar, each with its own advantages. The mainstream radars currently used in ADAS systems are millimeter-wave radars, including short/medium range radars with a frequency range of 24 GHz (detection distance of about 50 to 70 meters) and long-range radars of 77 GHz (detection distances of about 100 to 250 metric tons). ruler). In recent years, the radar in the 79 GHz band has begun to attract attention. Its accuracy is 2 to 4 times that of the 77 GHz radar, and the detection distance is about 70 meters. It belongs to the middle distance radar category and has the opportunity to replace some of the 24 GHz radar market, but because of the 79 GHz in many The country is a frequency band that has not yet been opened, and the development trend remains to be seen.

LightDetecTIonandRanging (LiDAR) is abbreviated as Lightda. Its ranging principle is similar to that of laser. It is the time required to transmit the beam to the target, measure the time required for the reflected wave to return, and then determine the distance between the vehicle body and the target. . The difference between the two is the wave source. The radar is a radio wave, and the light is an electromagnetic wave. The more commonly used light is infrared laser, infrared light or visible light.

Since ADAS systems can use images as one of the modes of assisted driving, image sensors have grown significantly in recent years. In some high-end models, one car can be equipped with 5 to 7 photographic lenses for different system detection. Taking the case of using 7 lenses as an example, one lens of the front, rear, left and right sides of the vehicle body can be used to detect a 360-degree panoramic image, and two lenses near the rear-viewing mirror are used to detect a car-side 3D image (blind spot detection). And one lens behind the rear view mirror for lane offset and front collision avoidance system.

The methods implemented by image sensors mainly include CCD and CIS (CMOS Image Sensor). The cost of CCD is high. In addition, the development of CIS technology is fast in recent years, making CIS for vehicles more common, and the demand is growing year by year. It is estimated that the global automotive CIS will be out in 2016. The volume will exceed 100 million.

If radar and image sensing can match each other, they will achieve complementary effects. Therefore, adding a sensing fusion technology that integrates different signals into the processor or MCU allows the processor to calculate multiple signals, which becomes an important trend. However, when developing this technology, it is also necessary to consider the time delay of the image signal and the radar signal together in the calculation process.