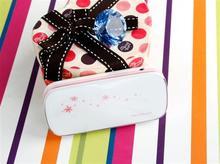 Shanzhai, for domestic mobile phones, it has become a symbol of original sin: In the past decade, it has not yet been eluted.

However, this issue to today, Shen Li, vice president of ZTE has already thought clearly.

â€œIf you can help us with great difficulties, we must continue to live. In the process, if anyone can help us, we will be grateful for a lifetime.â€ Shen Li said calmly.

Some people say that domestic mobile phones will stand up for 20 years.

"Today, MP3 will make MP3 money, and tomorrow I will make mobile phones to make money." The chairman of the China Mobile Internet Industry Alliance criticized.

For a long time, this kind of mentality of holding a "leave a ticket and leave" has rapidly spread in domestic mobile phone companies.

The competitive pattern of domestic mobile phones has been deformed, and has gone beyond the functionality, reliability, and portability to the price level. â€œAn originally clear river eventually became a mud soup.â€ Wu Bofan, a senior media commentator, said that this caused the price of domestic mobile phones to become lower and lower, and the reputation of the brand became worse. Eventually, the group eventually died.

Look at the price evolution of domestic quad-core mobile phones, from the original Meizu MX, 360 V, Xiaomi 2 to Huawei glory quad-core love to enjoy version, ZTE U950, the price fell from 2999 yuan all the way to 999 yuan, only used a short 5 months time.

Failing to increase the price reduction of profits is meaningless to domestic mobile phone manufacturers.

From imitation to high-end

"Fortress" symbolizes the complete loss of the brand. In the past 20 years of sedimentation and exploration, domestic production has already embarked on the road to brand redevelopment. It is only in the direction of some deviations: thousands of smart machines have emerged, but in the high-end market of more than 3,000 yuan, they have been occupied by more than 90% by Apple and Samsung. market.

On October 30, ZTE launched the sub-brand Nubia to position the high-end smartphone brand. This is a new attempt for domestic mobile phones. "The cottage is not the original sin." Ni Fei, general manager of smart phones, said Ni Fei, Samsung is starting from the cottage, but after about 20 years, it has become the world's fourth largest innovation company.

It has completely imitated SONY, Panasonic, Mitsubishi, Westinghouse, Apple ... This is a process from quantitative to qualitative change, from the mobile phone industry alone, Samsung already has an upstream CPU, NAND flash memory, DRAM memory, display, camera , battery manufacturing, mid-stream mobile phone design, brand influence, assembly and manufacturing, and sales channels down to the most downstream.

20 years of imitation, so that Samsung completely wash away the cottage color, become the mobile phone industry leader. â€œIf you want to be an industry leader, you must be able to build your core competitiveness. Don't expect to make a lot of money.â€ Wu Xiongang, general manager of ARM China, said that domestic companies should adhere to the strategy of â€œmaking long-term earning moneyâ€ before they can acquire heroes in time. opportunity.

One of the best times

For a long time, domestic mobile phones have been compared to "assembly factories", and CPUs, flash memory, display screens, batteries and other accessories have been purchased and then processed simply. "This is based on the era of functional machines and the positioning of domestic mobile phones in the entire industry chain," said the official person in charge of Huawei's terminal.

This view Analyst Analyst Yan Xiaojia also agreed, "In addition to Samsung, Qualcomm's leading parts, most of the remaining manufacturers are not essential differences, Apple can buy accessories other manufacturers can also buy."

From the software level, domestic manufacturers have indeed lost their opportunities. "Domestic manufacturers must accept the reality that the operating system has been monopolized by Apple, Google, and Microsoft, but the entire world is also the three companies. Samsung does not have its own ecosystem."

Ni Fei believes that the threshold for operating system and application development is not a decisive factor at present, but that domestic products are not competitive and they are taking the lead. ZTE's "Hui Tian Di", Lenovo's "Luxury Store", Huawei's "Jie Hui Cloud Store", Xiaomi MIUI, China Mobile's OPhone ... At least, domestic mobile phones have solved the problem of being and without.

Domestic mobile phones have been suffering from people's ridicule, this situation may be hard to imagine foreigners. A brand-new company that has not raised its flag to go out has first been stifled by its own people. If domestic mobile phones are to succeed, they may have to embark on the old path of Samsung: insist on imitating + innovation, and remain unchanged for 20 years!

Where is the domestic mobile phone?

Li Yi, executive vice president and secretary general of the China Mobile Internet Industry Alliance: Samsung has been in the cottage, but insisted on the cottage for more than 20 years, coupled with the policy support of the local government, and finally it succeeded. The situation of most domestic companies is that today MP3 makes money and I produce MP3, and tomorrow the mobile phone makes money. I will produce mobile phones. Generally insist on three or five years, unlike Samsung has a 20-year goal.

The chairman of the Big Dipper mobile phone network Tan Wensheng: The development of domestic mobile phones has made great progress. Now that Apple has done a good job, Samsung is very good, but I can predict that Samsung will certainly not win over Chinese companies. In the future, domestic mobile phones will be spread all over the world like home-made televisions, washing machines, and refrigerators. No one will say that they are cottages.

Shen Li, Vice President of ZTE: To surpass the ideals of Apple and Samsung, I had it ten years ago, just as I hope Chinese cars will surpass BMW and Ferrari. Domestic mobile phones are still in a Warring States era, and the manufacturing level is the first in the country. However, the development of low-level chips should be strengthened. CPUs should not be mentioned first, and other core chips still have to be developed by themselves.

Wu Xiongang, general manager of ARM China: Whether it is to be a mobile phone or other technology industry, if you want to be an industry leader, you must adhere to build the core competitiveness. Don't expect to make a lot of money. Long-term earning of small money is the core of success. Only in this way can there be a chance to create a hero and then rise to become a company that makes a lot of money.

Explore this: Our family is a cottage machine?

At the end of the 20th century, it was Motorolaâ€™s most popular era. In China, there was a Southern High Tech company. It purchased the whole machine from Motorola, and then tore off its trademark and put on its own label. â€œI was then the total number of people in Northeast China. Acting.â€ Tan Wensheng said with emotion.

Now, with the removal of the CPU, the entire mobile phone production segment has begun to have the shadow of domestic companies. Domestic chip makers include Spreadtrum and New Shoreline.

Huawei and ZTE also began to own their own mobile phone chips and began to develop mobile phone operating systems. However, they are still unable to compare with international manufacturers in terms of stability, cost, and scope of use.

In March this year, according to data from the Patent Examination Collaboration Center of the State Intellectual Property Office, ZTE and Huawei ranked fourth and tenth respectively in the global smart phone patent rankings.

At the hardware level, all handset manufacturers are on the same starting line, not just China. "The vast majority of mobile phone manufacturers are purchasing other people's accessories, and Apple is the same." Analyst Yan Xiaojia said.

For chip R&D and design, more than 90% of smart phones in the world use ARM chips; in terms of production, Qualcomm, Samsung, MediaTek, Broadcom, and Texas Instruments are monopolized. According to Strategy Analytics data, in the first half of 2012, these five The company holds about 90% of the global mobile phone market share.

The mobile phone display is also concentrated in several major manufacturers, such as Samsung, Sharp, LG and so on.

Shanzhai enterprises generally have two characteristics: one is a high imitation enterprise that does not have any idea of â€‹â€‹its own; the other is a company that quits purely to make money and collect one vote.

Ni Fei, general manager of Nubian smartphones, believes that "the harm caused by the cottage to the entire industry needs all domestic mobile phones to be repaired."

The first wave: a temporary boom

In the past ten years, three wave surges have occurred. The first wave of domestic mobile phones was around 2002. The leading manufacturers mainly include Bird, Hisense, Amoi, Kejian, and TCL.

In 2005, Tian Hou and Li Jingjin performed hot dance for Waveguide. The slogan â€œFighters in Mobile Phonesâ€ swept across the country. This year, Panda exited the mobile phone market, and Kejian smoothly entered the second year of huge losses. Then, Bird's destiny was tried. In 2007, Bird's mobile phone profit leaked 1865%.

At this time, Nokia, Samsung and other international giants are launching multiple rounds of offensive against the domestic mobile phone market. As of 2008, domestic brands were squeezed to 15% of the market.

Foreign enemies entered the country and domestic mobile phones quickly fell overnight. Panda, Kejian, and Dibit retired; TCL, Bird, ZTE, and Huawei were struggling to survive; most of the rest went to the cottage.

One year later, the cottage mobile phone emerged in troubled times, and in 2008 it was called the first year of the Shanzhai mobile phone. The driver behind it is that once the "origin of the mountain" MediaTek.

It introduced the Turnkey-Solution one-stop solution to complete the chip, software platform and design. Mobile phone manufacturers only need to purchase simple components such as screen, camera, housing, and keyboard to create a mobile phone.

Jinli and Tianyu Langtong began to rise from that time. In addition, some well-established domestic mobile phone manufacturers have also gradually realized the benefits of MediaTek. At this time, MediaTek's customers have included Lenovo, ZTE, Huawei and other domestic top ten mobile phone brands.

According to Ovid consulting data, domestic mobile phone shipments reached an unprecedented 145 million units in 2009. The influx of cottage mobile phones has destroyed most of the mobile phone market's profits.

The third wave of domestic mobile phones is almost now. We are witnessing this era.