On November 29th, French President FranÃ§ois Hollande met with company officials and discussed product and technical issues during his visit to the Lucibel headquarters in Rue-Mamaison, 92. He led an open and constructive discussion with employees and management to implement new government projects that improve employee shareholding mechanisms.

President Hollande is particularly interested in the candle light innovation developed by luciflora, the president said it will be a series of revolutionary LED light sources to replace incandescent bulbs.

The President discussed the issues and expectations of his concerns with the staff. The opportunity to build a focus on the LED lighting community is also mentioned, as LEDs as a growing technology can create a large number of jobs for France. President Hollande reassessed the government's commitment to small and medium-sized companies and emphasized the importance of building a network of small and medium-sized innovative companies to France. 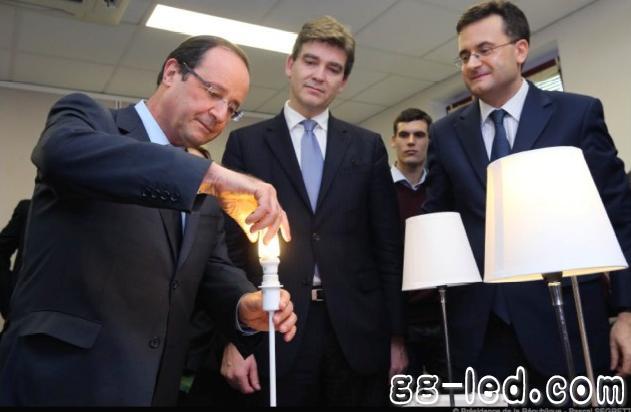 The factory project Lucibel is working on is to differentiate the timing of the nearby European market. The purpose of the factory is to assemble products in response to customer needs so that they can be shipped to all parts of Europe within a week. Lucibel has been building the project for 18 months and hopes to implement it in France. The final location choice should be decided in the spring of 2013.