According to foreign media reports, a group of "artificial bees" in the future can pollinate crops like real bees. At present, researchers at the University of Sheffield and Sussex in the United Kingdom combine the drone with the artificial bee brain. It flies very much like a real bee. In the future, this mechanical bee will replace the real bee and pollinate the crop. 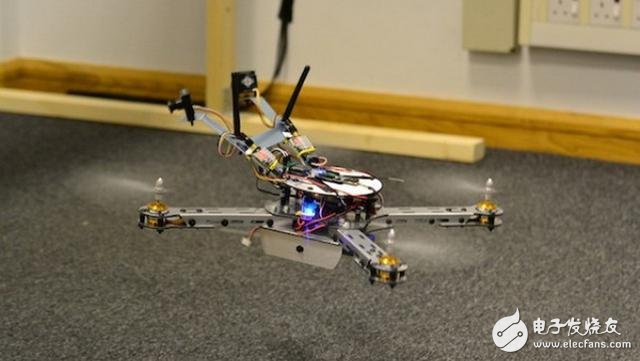 This drone combines the artificial bee brain to fly like a real bee.

The study is part of the Green Brain Project, which aims to study artificial brains and install them on robots. Scientists initially focused on studying Italian bees and simulating the development of artificial bees in Italian bees.

They plotted the structure of the bee's brain in an experiment, using a circuit to turn on and off the simulated bee brain nervous system connection, after which the artificial bee brain was loaded on a quadrotor drone, which was able to successfully fly and navigate through the corridor. Will not hit the wall. The researchers pointed out that the flight capability of this drone is strikingly similar to real bees.

Although this study is far-reaching, it is worth noting that current researchers can only simulate the brain function of some bees, mainly responsible for vision and smell. It is still a complicated task to draw all the cognitive regions of the bee brain. They plan to take the next step. The cognitive ability of bee brain is taken as the research object.

James Marshall of the University of Sheffield in the United Kingdom explained that if we were able to combine some of the insect's capabilities with the robotic system, they would greatly promote scientific development and have applications in many fields.

The "Green Brain Project" scientists plan to create a more realistic artificial bee brain, allowing the robot to fly independently, with the ultimate goal of enabling the robotic bee to complete the real bee mission. For example, the number of bees in the world is gradually reduced. In the future, these robotic bees can pollinate crops, and they will not hurt humans like real bees.