Just yesterday, it was reported that in order to deal with MediaTek's X20 ten-core processor, Qualcomm is secretly developing the Snapdragon 818 processor, which is also a core of four, including four 1.2GHz A53, two 1.6Ghz A53 and four. A 2.0GHz clocked A72. For this processor, industry analyst Pan Jiutang stressed that Qualcomm's Snapdragon 818 10 core processor is a rumor, the specification is nonsense, so Qualcomm should not follow up with the 10-core processor? It is reported that MediaTek's 10-core processor will be mass-produced in Q4 this year, including two A72s (2.3-2.5GHz), four A53s with 2GHz and four A53s with 1.4GHz frequency. It is Snapdragon 810. For more information on technology, please pay attention to the daily electronic core morning newspaper. 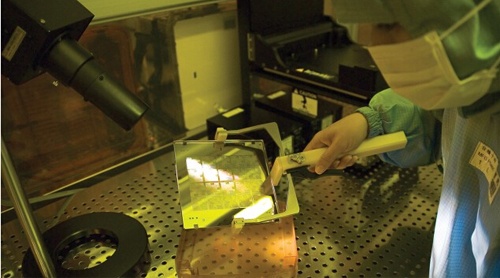 1. NVIDIA's favorite is the "positive room" TSMC, which continues to cooperate at 16nm/10nm. Last time NVIDIA officially stated that TSMC TSMC is still their important partner, and they have confidence in their 16nm FinFET process. As a result, the news that the new GPU will use Samsung's 14nm process foundry will be reported. Recently, CEO Huang Renxun once again mentioned this matter at the company's earnings conference. Although he did not deny cooperation with Samsung, he stressed that TSMC is their main partner and will continue to cooperate in the future 10nm node. According to WCCFTech's report, Huang Renxun said at the meeting that although they have been evaluating the foundry, TSMC is still the main partner, not only the current 20nm, but also the 16nm that will start mass production in the third quarter. Even more advanced processes such as 10nm will continue to cooperate.

2. Samsung invested 14.4 billion US dollars to build a new chip factory, which will be put into production in 2017. According to Samsung's latest quarterly financial report, its smartphone business revenue dropped by 20% year-on-year, but the Group's semiconductor business revenue increased by 50%, which prompted Samsung to establish a new chip factory in Pyeongtaek City, south of Seoul. However, it does not specify which products will be produced in the new production line. Local media in South Korea reported that Samsung plans to produce DRAM memory chips in the new factory, but will also use part of its production capacity to produce mobile processors in the future based on market demand. 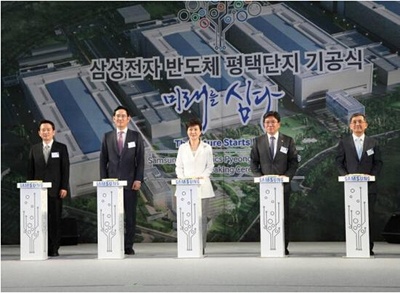 1, å‘› è” å‘! Chuan Gaotong also has a ten-core processor called Xiaolong 818. The rumor that MediaTek (2454) stormed the ten-core processor caused concern. It is reported that Qualcomm is not willing to show weakness. It intends to fight with MediaTek. It is planning a 10-core processor--"Snapdragon 818" (Scaledragon 818). MediaTek is higher and the snoring is strong. PhoneArena quoted STJSGadgets on the 11th, Qualcomm insiders revealed that the company is developing the Snapdragon 818 ten-core processor. The current ten-core mix is: four low-power cores (1.2GHz Cortex-A53), two mid-range cores (1.6GHz Cortex-A53), and four high-power cores (2.0GHz-Cortex A72). It is said that the Snapdragon 818 is equipped with a 20-nm process, equipped with an Adreno 532 GPU, supports LPDDR4 RAM, and can handle LTE Cat-10 transmission. Insiders said that Xiaolong 818 is still in the planning stage on paper, and the specifications may change. Since Qualcomm has not announced this chip, the credibility remains to be verified.

2, Russia revealed that the processor developed independently, comparable to i5. The Russian company, the Motion Center of SPARC Technologies (MCST), announced a self-developed processor, the Elbrus-4S, which claims to rival Intel's Core i3 and Core i5 processors â€“ another statement that is five years behind Western companies. . MCST also announced the Elbrus-4S PC Elbrus ARM-401, operating system Elbrus, which supports the installation of Microsoft's Windows and other Linux distributions; and the data center server rack Elbrus-4.4, which includes four Elbrus-4S processors. Supports up to 384GB of memory. The development of the Elbrus family of processors began in the 1970s. The early models were designed for mainframes. The Elbrus-4S is based on the Elbrus 2000 architecture and is manufactured on a 65-nanometer process. It is manufactured by TSMC and contains 4 cores with an operating frequency of 800 MHz. . 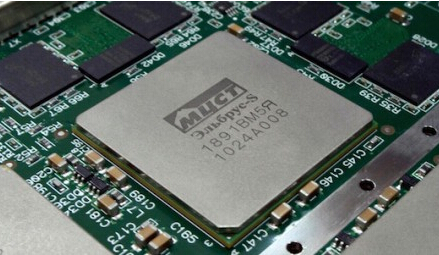 1, laser Li-Fi transmission speed can break through 100G per second. Are you still annoyed by the uneven distribution of Wi-Fi signal areas and weak signals? Li-Fi may be the answer. This technology uses LED-based Indoor Lighting instead of radio wave data transmission. But Li-Fi's main supporters have already surpassed LEDs, using Li-Fi based on laser illumination, and the data transfer rate has increased by a factor of 10. Harald Haas, chair of Mobile Communications at the University of Edinburgh and a member of the Ultra-Parallel Visible Communications Project, said. Although LED-based Li-Fi can achieve data transfer rates of 10 Gb/s, the data transfer rate limit of Wi-fi7 Gb/s can be improved. The rate at which the laser transmits data can easily exceed 100 Gb/s. Currently, such equipment is still very expensive, and the University of Edinburgh is seeking mass production to reduce its cost and can apply it to the lighting market. The headlights of the BMW i8 are based on the laser.

1. Bosch shows that the self-driving car should be the same. We must have seen many conceptual designs for future autonomous or driverless cars that even turn the car into a four-wheeled lounge with swivel seats, full touch screens, and gesture control. These conceptual designs have become our vision for the ultimate goal of future car development. People will rest completely in the car, spacious and comfortable, and high security. But we still need to return to reality. There is still a long way to go before we can make these exaggerated conceptual designs come true. Although more and more places are beginning to relax the restrictions on the driving of cars, now we It is also necessary for the driver to control the car personally in order to drive normally. 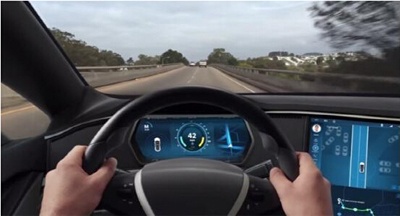 1, pass the charm blue Note 2 or release next month, with fingerprint recognition. Although Meizuâ€™s performance was very low-key in the past, it seems to be a â€œbig moveâ€ performance, because according to the latest news on Weibo, Meizu will hold two press conferences in June, and will launch the charm blue Note 2 and Meizu MX5 two new heavyweight machines. Among them, the former is said to be named Charm Blue Note 2 FHD, adding fingerprint recognition, while the latter is rumored to be equipped with MediaTek's helio X10 processor, but no more information has been disclosed.

2, Firefox mobile phone landing in Africa, pointing to the low-end market. According to foreign media reports, the smartphone running the open source system Firefox OS has been launched in Africa and is operated by the Orange Klif 3G mobile network. Mobile communication services are currently available in Senegal and Madagascar. Mozilla once said at the Mobile World Congress that Africa will be a major business focus for future companies. The company began selling Firefox phones in South Africa this spring and plans to continue to promote the internationalization of the brand's phones in the coming months. Mozilla said in a blog post, "By launching these (Firefox phones), Mozilla and Orange hope to provide mobile network services to millions of people who were previously unable to use the mobile Internet." (Baidu News and NetEase Technology Cooperation Manuscript) 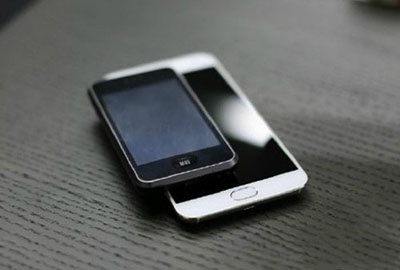 1. Foreign media said that Tesla battery products received orders of 800 million US dollars in a week. On May 10, according to Bloomberg News, Tesla CEO Elon Musk said in the first quarter earnings conference call last week that the market's reaction to Tesla battery products was crazy. According to the order data published by Musk, Bloomberg calculated the order worth $800 million. Maske said that within a week, Powerwall's household energy storage batteries have been booked for 38,000, while the PowerPack battery pack for business is booked at 2,500 orders, each with 10 battery packs, so the total is 25,000. However, too high a booking amount means that consumers have to wait a long time before they can get a home battery. In the subsequent analyst questioning session, Brian Johnson asked, is it possible for Tesla to transform from the automotive industry and focus on the energy storage sector? Musk said that this is possible, but at present we need to solve the capacity problem first. In the long run, it is still too difficult to predict. 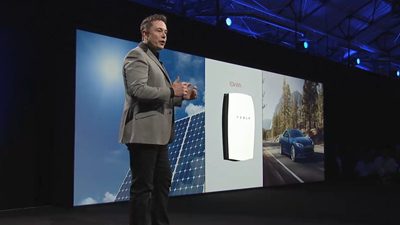 Led Pool Light is a much required lighting solution. Used for swimming pools, water sports fields, ocean activity areas and so on, LEDER brings you a series of LED pool lights, which will meet your requirements for activities in the water.

For all kinds of water sports and water-related activities, safety measures must be taken first. In this regard, pool lights need to be installed adequately and in strategic locations. The safety and well-being of people who engage in water activities cannot be overemphasized. Meanwhile, LED Underwater Lighting is known for its energy efficiency and durability, making it a smart choice for many spaces such as swimming pools and aquatic theme parks.